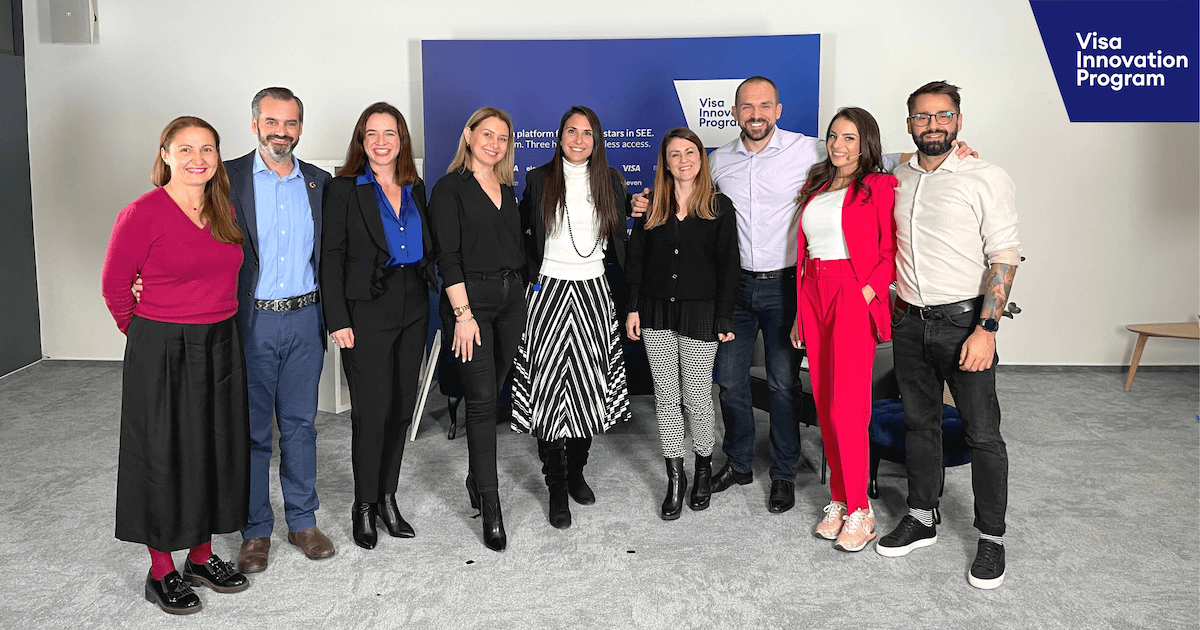 This was the first program, in which we merged and ran simultaneously the three hubs, Bulgaria, Greece, and Turkey – from scouting, selection and kick-off, to all workshops, networking events and tailored formats to the final event – our Demo Day. From three autonomous teams, we became one big family, working together, helping, supporting and complementing each other’s strengths. A venture capital fund (Eleven), an open innovation integrator (Crowdpolicy), and a startup accelerator (Hackquarters) combined with the superpowers that Visa brings – all in one. This brought more ideas, more creativity, knowledge, and combined effort. Triple power or as we like to joke 1+1+1=5.

What We Have Achieved So Far

Season 3 in a Nutshell

The challenge? The orchestration of the three hubs (in Sofia, Athens and Istanbul) –  mentors from all around the globe, close to 20 startups from all corners of Europe, numerous stakeholders, and different requirements, languages, cultures. This was also the first program with so many participating startups out of the 3 core markets (Bulgaria, Greece, Turkey), which shows how much we have grown and that we have truly become borderless. Since its inception three years ago, the Visa Innovation Program has evolved, delivering numerous opportunities for cross-border partnerships between startups, merchants, banks and Visa, resulting in more than 40 Proof-of-concept and pilot projects completed. Our alumni have grown in prominence and scale, attracting notable investors and advisors from the fintech space. From the recent successes of Finloup (€1M seed round), Plum (€21M Series A) to Payhawk, which is the latest soonicorn in our network after closing a record high Series B investment round of $112M.

We also mastered online networking – with Borderless Day, which was the first regional initiative bringing together startups, banks, financial institutions, investors and other supporters from Bulgaria, Greece and Turkey, FIntech networking, and of course Demo Day – the biggest event we are organizing this far, ever!

Oh, and we finally had the chance to feel as if everything is back to normal at least for a bit (we missed personal interactions a lot!). The Visa Innovation Program team and some of our current and alumni companies joined the best payment professionals at Money20/20 – the largest fintech event in Europe, as well as TIF HELEXPO in Thessaloniki – the first major exhibition to be organised in South-Eastern Europe in 2021.

They have been great еvents full of networking, building business relationships, and keeping up with the latest trends.

Demo Day - Our Founders and Partners Take the Stage

Our virtual room was full of forward-thinkers and door-opening opportunities, thanks to the collective power of our specially selected guests – top entrepreneurs, VCs and angel investors, fintech experts, and media. Some of our notable speakers and attendees include Theodoros Kotzastavros, Open Innovation Lead at Crowdpolicy, Yavor Petrov, CEO at iCard, Konstantinos Vaitsas, Head of Innovation Alpha Bank, Valeri Petrov, Partner at Eleven, Saner Mescioğlu, CVC Director at Aktif Bank, and many others.

Our two special guests were Marni Kruppa, Head of Fintech at Visa who shared what’s next in fintech in an insightful keynote speech, and Hristo Borisov, co-founder and CEO at Payhawk who talked about the art of fundraising in a fireside chat with Kaan Akin, Founder of Hackquarters.

But instead of talking about what happened throughout the Program, we decided to let our founders talk. This, we believe, will give you a bit of a taste of what it is like to be part of it.

“The tailor-made format of the Program and our personal design thinking concierge’s support allowed us to stay focused on our core business while working on a very practical case for Visa Direct’s integration in Fondy’s underlying technology. That’s invaluable when you run an international company and have to deal with multiple challenges as a founder”, said Valeria Vahorovska, founder and CEO of Fondy. The startup is working to leverage Visa Direct technology in its platform to provide instant payments to its growing base of merchants and gig-workers across Europe.

“Visa Innovation Program has been a major door-opener for Woli. We gained direct and quick access, not only to the Visa team, but also to major financial institutions in the SEE region. The Program has been the spark for many interesting discussions and potential partnerships. Having these doors opened when you start is a true game changer”, commented Vasilis Zoupas, co-founder and  CEO at Woli, which contributes to the financial inclusion and literacy with a parent-child app for digital payments.

“The Visa Innovation Program continues to lead the way by growing and connecting the most promising entrepreneurs with innovative companies. For us, at HASO, it has been instrumental for the dialog and the cooperation with major financial institutions, investors and other important stakeholders. It is a comprehensive program that provides a lot of support such as partnerships, mentorship, marketing and access to Venture Capitalists”, added Serdar Kodal, co-founder and CEO at Haso -a  fintech bringing the buy now-pay later technology to unbanked and underbanked people in the emerging markets.

Season 4 of the Visa Innovation Program is coming in hot and the application window is opening in the beginning of 2022. We have prepared even more initiatives, wider reach, bigger community, more (very exciting!) PoC opportunities, and larger investor pool. Stay tuned!

Apply here If you wish to enter the Program that is locally operated by Eleven Ventures in Bulgaria, Crowdpolicy in Greece or Hackquarters in Turkey.
Apply Bulgaria
Apply Greece
Apply Turkey

We welcome fintechs from all over Europe!